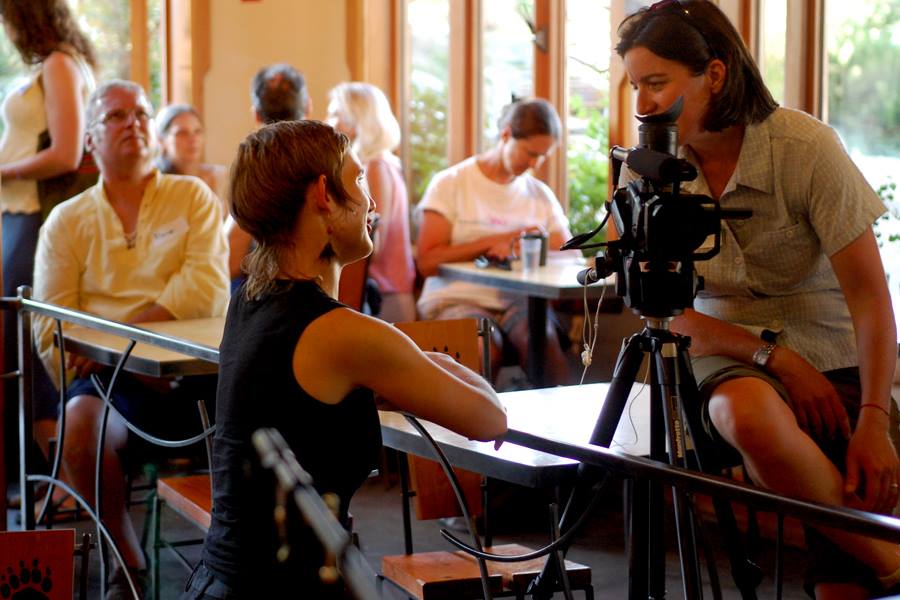 February 22, 2021 |The Civic Theatre and Kootenay Rockies Tourism are pleased to announce the formation of the new Kootenay Regional Film Commission.

The new film commission will design strategies and opportunities for economic development through increased capacity in film service and attraction for the region.  This collaboration will create economic benefits for both the film and tourism industries. The commission is supported through provincial funding from Creative BC, and the Province also provides funding to the partners through BC Arts Council and the Regional Destination Marketing Organization. The new Kootenay Regional Film Commission will:

The Kootenay Regional Film Commission is a partnership between The Civic Theatre and Kootenay Rockies Tourism. These two organizations bring knowledge, expertise and capacity in the fields of tourism and destination management, economic development, film presentation and production, community program and service provision, and respective local, national and international networks in their fields. This partnership offers full regional coverage, facilitating cohesive communication and ease of logistics for production across a large, low-density area of British Columbia. Interested applicants for the Kootenay Film Commissioner position, may find more information on the role and how to apply here:  https://www.civictheatre.ca/blog/film-commissioner-for-the-kootenay-region-job Since the official launch of The Civic Theatre’s Kootenay Screen-Based Industry program in 2016, there has been growing interest from regional stakeholders to proactively increase regional capacity to provide film commission services, to market the region to outside producers and production companies, and to further develop the local Kootenay screen-based industry. The Civic Theatre and Kootenay Rockies Tourism are strong partners with history in the region as established and trusted resources that value teamwork, inclusive practices, and innovation. Whereas Kootenay Rockies Tourism brings an established and professional tourism network to leverage marketing of the region for film, The Civic Theatre brings a growing and recognized local crew base network formed to provide resources to productions. Together, the partners have a strong understanding of regional identity, culture and offerings to productions. ‍ “The film industry in B.C. is red hot right now and producers are looking to every corner of our beautiful province for desirable filming locations. Through Creative BC, our government is proud to support regional partners joining together to grow their presence in the film industry. This new commission will bring jobs to the Kootenays and showcase this breathtaking part of our province.” – Melanie Mark, Minister of Tourism, Arts, Culture and Sport   “This partnership represents a significant step forward in our ability to expand and grow the film sector in away that we have not seen to this point. We believe the growth of the film industry in our region will strongly contribute to raising the profile of the Kootenay Rockies as a prime tourism destination on the world stage.” – Kathy Cooper, CEO Kootenay Rockies Tourism Association “The Civic Theatre is committed to bolstering the local film economy, attracting productions and creating jobs for people in the Kootenays. Our beloved venue, staff and a growing network of 400+ screen-based industry professionals will combine with the resources and expertise of Kootenay Rockies Tourism and the provincial film commission at Creative BC toward success. We look forward to advancing the film industry and screen-based production within the Kootenay region, in a fashion that respects the integrity and unique cultural identity of our region.” – Lynn Trinh, Kootenay Screen-Based Industry Program Manager, The Civic Theatre

The Kootenay area has a long history of film projects, from feature films like Cold Pursuit (2019), The Mountain Between Us (2017), The Tall Man (2012),  Hot Tub Time Machine (2010), Snow Falling on Cedars (1999) and Roxanne (1987), to local projects like Sherpas Cinema’s Cannes award-winning short, Imagination (2017). However, the efforts to establish a long-term, year-round film economy in the area have historically met challenges (with grassroots efforts dating back to the 1980s) due to lacking supporting finances and facilities, as well as geographic isolation. The new Kootenay Regional Film Commission, will look at ways to overcome these barriers to bringing film production in a rural location. The Kootenay Regional Film Commission will serve the Kootenay Film Region (previously known as the Kootenay Columbia film region), including the regional district areas of East Kootenay, Central Kootenay, and some of the Kootenay Boundary (specifically Areas A and B, including Fruitvale, Montrose, Trail, Warfield, and Rossland). The region is within the shared Traditional Territories of the Ktunaxa Nation, the Sinixt Nation, the Okanagan Nation and the Secwepemc (Shuswap) peoples.

The Civic Theatre (Nelson Civic Theatre Society) is a cultural media arts centre dedicated to the presentation of film and a wide variety of cultural and educational experiences to the community we serve. As a registered Canadian charity, its mandate is to provide a public amenity by operating and maintaining the theatre as a multi-use facility for film screenings and for other artistic, educational and community-building programs and events for the benefit of the general public; be a home and presenter of lectures, workshops, courses and seminars on topics related to film or utilizing digital media for a diverse range of audiences; and protect, preserve and improve Nelson’s historic Civic Theatre. Beyond regular year-round screenings and the summer drive-in theatre, The Civic Theatre’s programs include KootenayFilm.com and the Kootenay Screen-Based Industry Initiative, the Rural Arts Inclusion Lab, Youth and Intergenerational Program and Events, and the Resident Artists program. Kootenay Rockies Tourism (KRT) is one of BC’s five official Regional Destination Management Organizations (RDMO) and is under contract as a representative of Destination BC (DBC), the Provincial Destination Management Organization (PDMO). KRT has operated since 1978 and represents over 800 tourism businesses and operators. This includes resorts, accommodation properties, wellness retreats, golf, ski, adventure, communities, retail, food & beverage, transportation, arts & culture and attractions. Funded by the Ministry of Tourism, Arts, Culture and Sports and working closely with the Destination British Columbia, KRT’s mandate is to foster sustainable growth and development of the tourism economy for the benefits of all tourism businesses and communities.   Banner Image Credit: Kaslo by Mitch Winton

What are you looking for?